Neymar and Mbappe crisis? Donnarumma: The team must unite!

Italian goalkeeper Gianluigi Donnarumma revealed his view of the current crisis between his colleagues Kylian Mbappe and Neymar in the Paris Saint-Germain team.

The problem had arisen in the capital club’s match against Montpellier in the second round of the French League.

So Donnarumma was asked about this event in an excerpt that was published from an interview he gave to “Prime Video” that has not been broadcasted yet, where he explained that “the team must be united now.”

Kylian Mbappe missed a penalty kick against Montpellier, and then another kick came, but this time Neymar hit the ball, who successfully put the ball in the net. 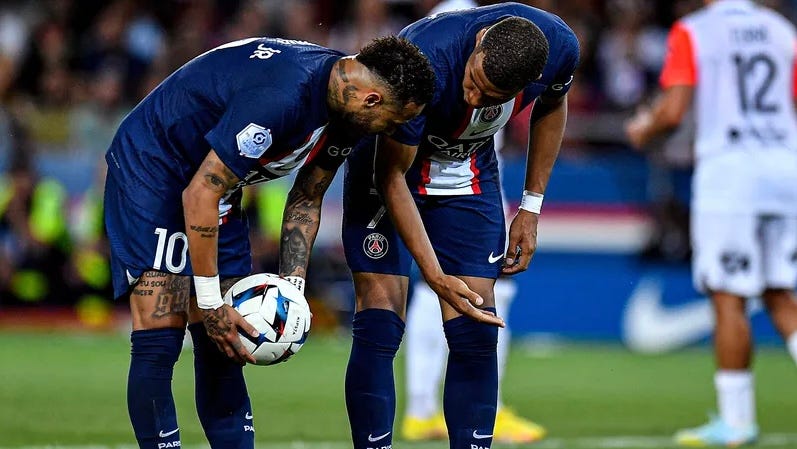 After the match, the Brazilian liked some tweets mocking Kylian and his penalty kicks, while praising Neymar, of course.

Including a tweet saying, “The first payer is Neymar and Mbappe should know that,” and thus the crisis arose between the two.

What did Donnarumma say?

“I told Kylian and Neymar, if they want, I can take the penalty,” the Italian said sarcastically, laughing.

Then he continued: “But seriously, these are things that happen in great teams, there is no problem, and he was seen in the last match against Lille, the team is united, progressing and helping each other, Kylian and Neymar are amazing and intelligent players.”

He concluded: “They have very good relations. The important thing was to correct this and unite the team again, we have to go in the same direction to achieve our goals, that is the most important.”

It is worth noting that Paris Saint-Germain will face Monaco tonight in the fourth round of the French League at the Parc des Princes.