“He will be with us until January” .. Ten Hag confirms Ronaldo’s continuation with United

Dutch coach Erik Ten Hag confirmed that Cristiano Ronaldo will continue with the team at least until January 2023.

Ten Hag confirmed that Ronaldo’s continuation with Manchester United stems from the player’s own desire, and that he will not stay with the team until at least January if he does not want to.

It seems that Ronaldo’s efforts to leave Manchester United during the summer transfer period 2022, have come to a fruitless end for the Portuguese.

Ronaldo wanted to leave Manchester United this summer, 12 months after his emotional return to Old Trafford to play in the Champions League.

What did Tin Hag say?

During the press conference for the match between Leicester City and Manchester United, which takes place on Thursday evening, Ten Hag was asked about Ronaldo’s situation with the “Red Devils”, and whether he had spoken with the Portuguese.

Manchester United’s €100m signing of Brazilian Anthony from Ajax could limit Ronaldo’s playing time, but for Ten Hag, the massive summer transfer spending is a clear indication of the club’s ambitions.

“It’s a sign, it’s true, but all the big clubs in the Premier League have spent a lot, this is the market,” the Dutchman said.

And he added: “From the beginning we said that we planned with Ronaldo, we are happy with him, he is happy to be here, and we want to make the season successful together.” 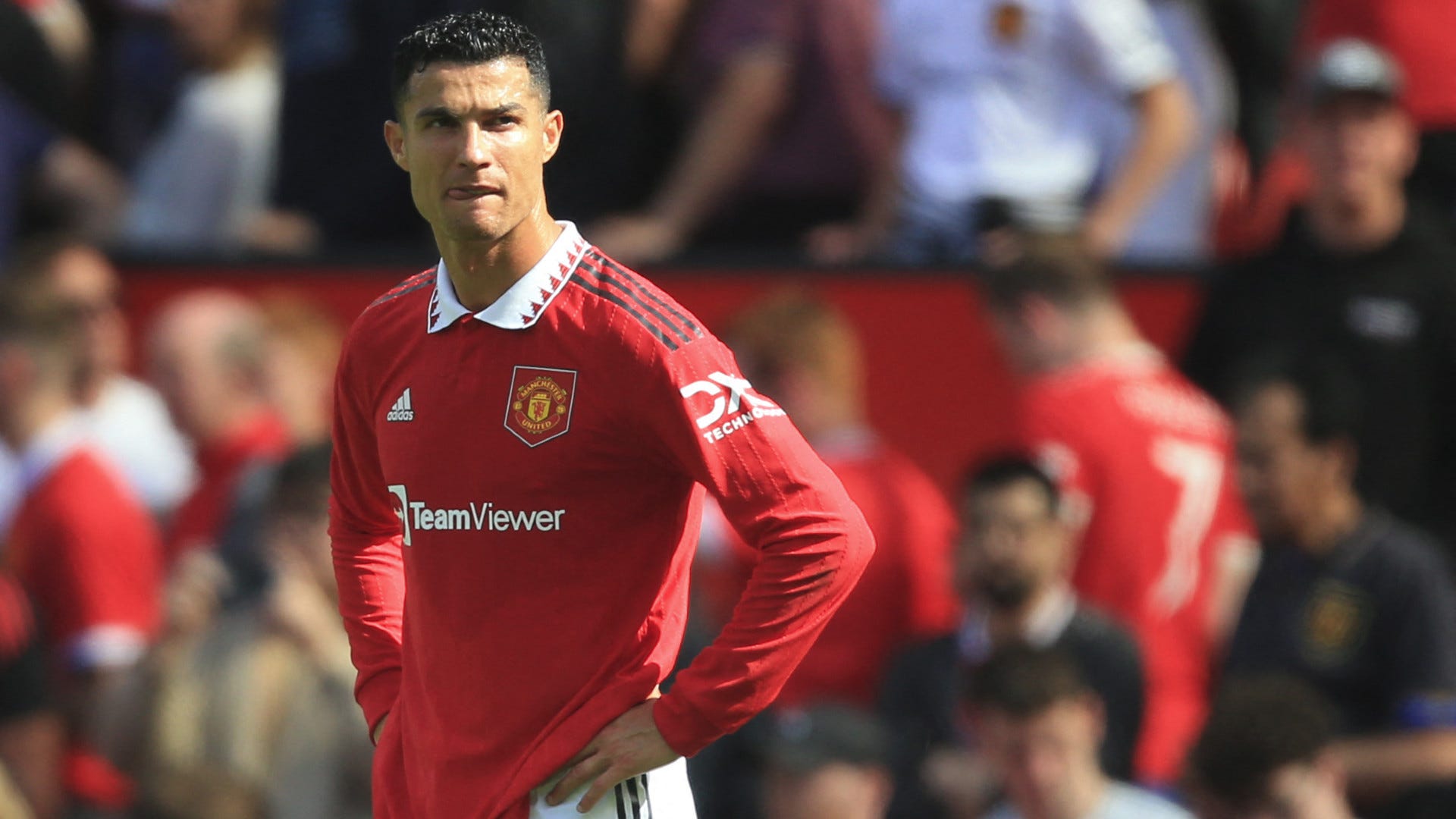 He continued, “It is clear that we have strengthened the team, as a coach I always want more, and what I ask of my players I must also show, I always want the maximum, but at a certain stage you have to be satisfied with what you have.”

What is Ronaldo’s role with Manchester United?

Ten Hag also talked about where Ronaldo fits in his footballing philosophy, amid confidence from the Dutchman in the Portuguese’s performance in training.

“Whether in terms of the way he plays or the set of demands, you can see in the training that Ronaldo has the ability,” said Ten Hag.

“He’ll adapt because, I don’t have to explain, he’s a fantastic player with huge potential, he’ll fit into every system and every style of play, we’re on the same page, and he knows what the demands are.”